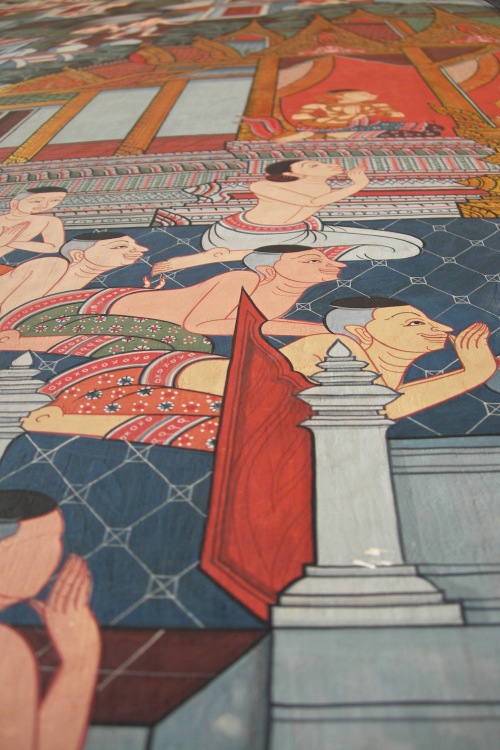 They've just re-painted most of the walls inside the main 'reclining Buddha' building at Wat Po. A strange thing happened to me while there... I was taking pictures of interesting bits on the murals, and after I was done, 2-3 people would squat down and take the same picture right after me. And it wasn't always the same 2-3 people.. It was like I was being followed by a mob of photo copycats. Weird huh? Maybe they thought I 'knew' what I was taking a picture of? And even one time a whole tour group stopped to watch me take a picture (and then take their own) so their tour guide decided to give a talk about that specific piece, right next to me.