Last Friday I got my first tattoo. It was done by my favorite artist here in Portland, Pony Reinhardt. It took me 7 months and a lot of luck to get the appointment.

Once I got approved for a time slot I wrote her a lengthy and nerdy email to explain what I wanted. Here is what I said:

I remember saying I wanted an amphibian life cycle in the proposal I sent in early January, but I think I wasn’t sure which amphibian. I’ve decided on the Eastern Red Spotted Newt (Notophthalmus Viridescens).

I grew up in rural Western Massachusetts in short walking distance to a pond, stream, vernal pool, and swamp. I spent my childhood exploring these areas and was obsessed with salamanders and newts and frogs, and watching the life cycles of each.

I’d like this tattoo to represent my early (and continued) fascination with nature, and also life cycles/changing seasons/time/growth.

I especially love the “eft” stage of the Eastern Newt when they come out of the water and have a really bright orange skin color, but all stages are really cool. And unlike a frog, the newt goes through a second metamorphosis later in life which is pretty neat. I have the lifecycle below, and some photos and info about these creatures, in case you don’t know much about them.

The lifecycle is as follows: 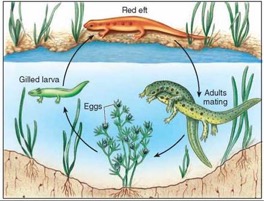 1) The eggs are laid in early spring, April usually. They are laid singularly, under leaves of plants. Here are some pictures of the eggs just laid. 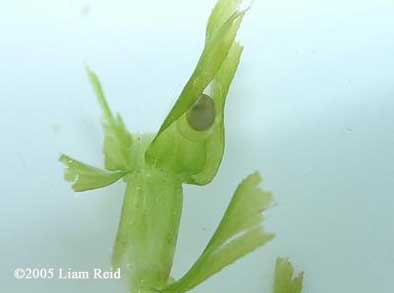 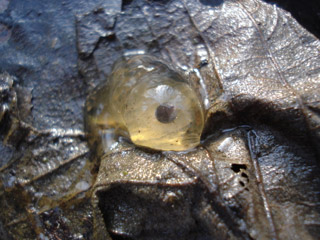 2) The eggs develop over a period of about 2-6 weeks, depending on the temp of the water. 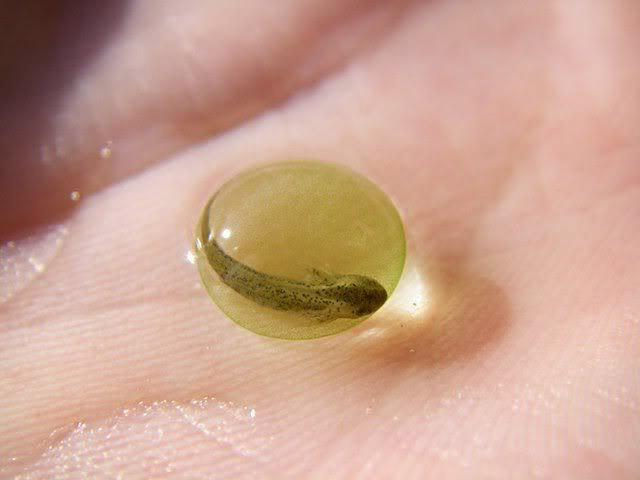 3) Once they hatch, they’re in the larvae stage, with external gills. They’re in this stage most of the summer while they slowly grow their legs and get a bit bigger. 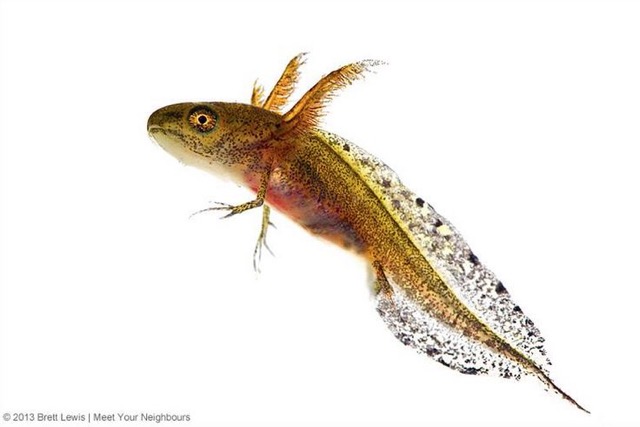 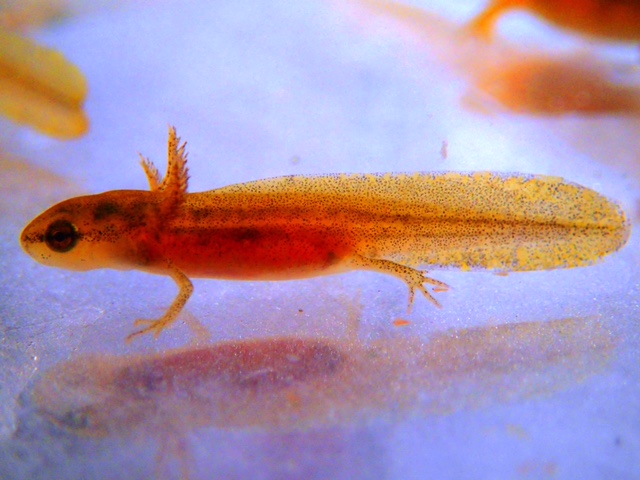 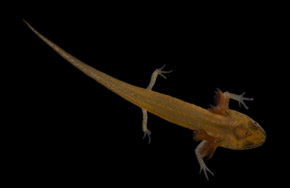 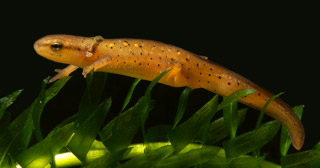 4) In late summer/early fall they finish the larvae stage, and their fin-like tail changes to become smaller, their skin becomes more rough and bright orange, and their gills become lungs. Once their lungs are fully developed, they emerge from the water and live 2-3 years on land. This stage is called “eft”. They’re teeny when they come out of the water (see first two pics). They grow over the next couple years to be about 4-5” long. They live in wet places like under leaves or in mossy spots, usually pretty near the water they were born in, and they hibernate in winter. 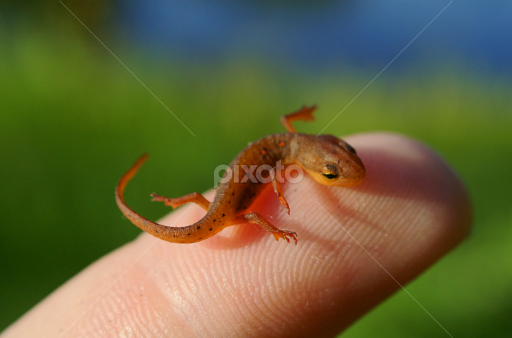 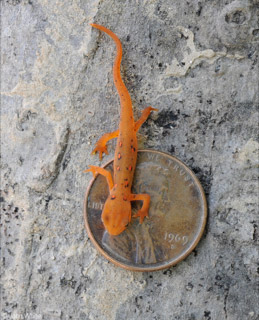 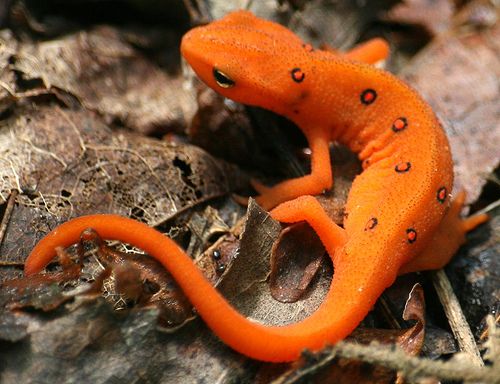 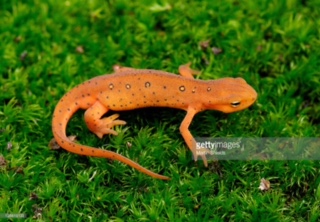 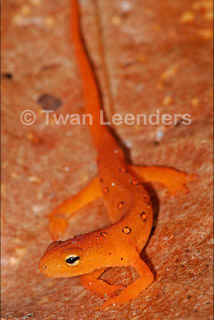 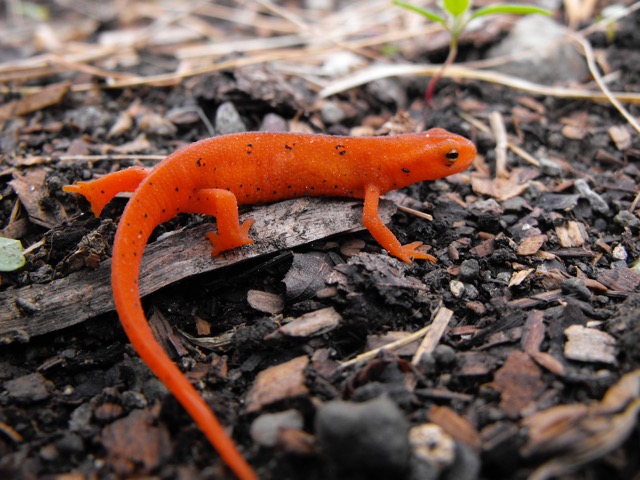 5) Their final stage is an aquatic adult. After the eft stage their skin goes back to that brownish color, with yellowish bellies, their tails get more fin like again, and their skin becomes more smooth. They go back to living in water, but their lungs remain (they come up for air every now and then). They can live another 10-12 years as adults. 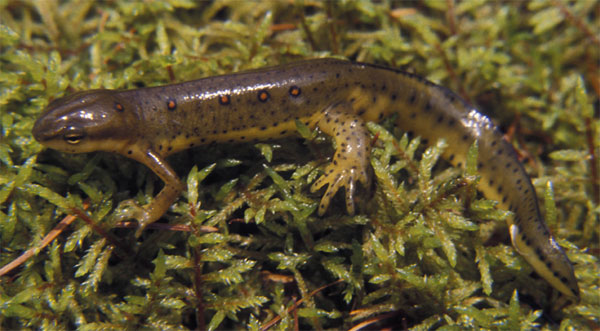 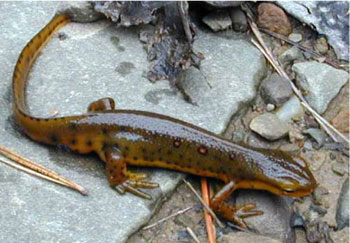 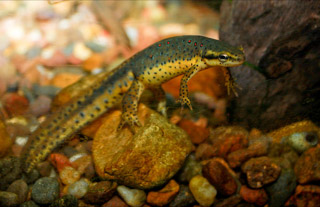 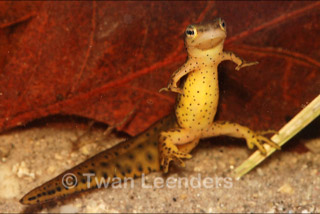 I was trying to think of another element in the tattoo to represent seasons changing and time passing.

Perhaps some local plants (ferns/wildflowers/laurel) going through their life cycles and/or moon cycles or… ?

Or just maybe some local plants as just nice elements because the newt stages are enough to represent that part? I really like the flowers and plants you draw.

Plants I like and remember from where I grew up are bracken fern (and fiddlehead), maidenhair fern, queen anne’s lace, wild blueberry, and mountain laurel.

I’m also open to just the newts, or any other suggestions. I really like everything you do, so I trust your ideas.

She then sent me back this sketch: 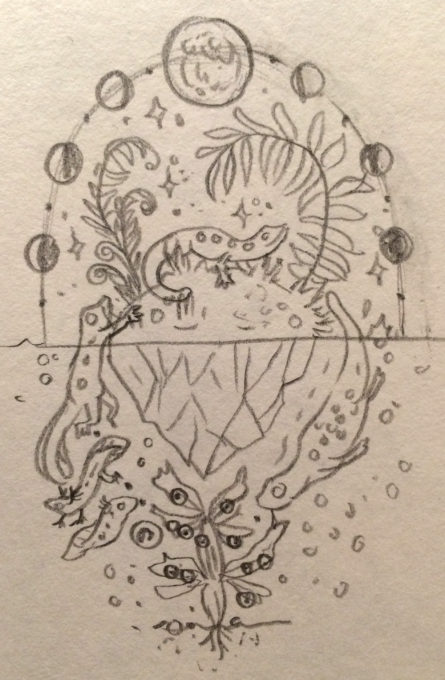 Which I loved! I signed off on the idea and waited until the appointment.

This was the final design she printed out to see and also for scale:

We tried a few sizes, but the original one she chose was the best. She then printed it out on a thermal printer, and then stuck it to my back and peeled it off, leaving an ink outline behind to work off of.

The whole process took about 5 1/2 hours, with some breaks in between, with about 4 1/2 hours of actual inking. 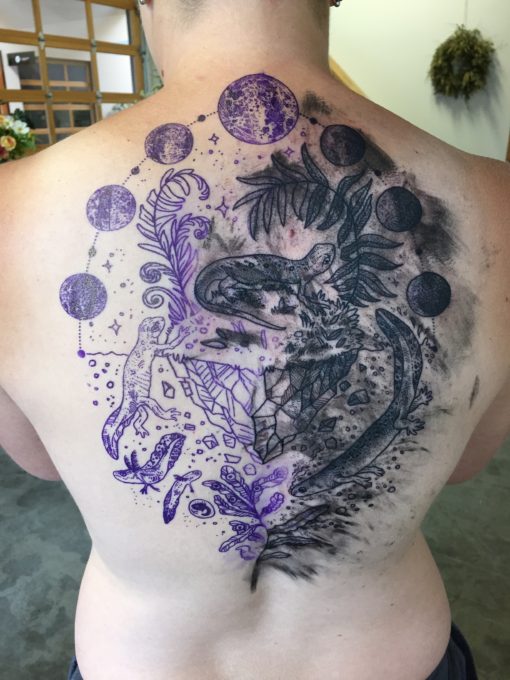